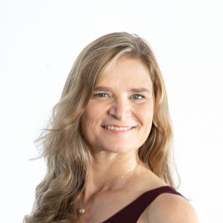 Carol-Ann Gupta is an artist, traveler, and student of life. She loves creative play and facilitating it in others, whether in front of a canvas or on a yoga mat.
Carol-Ann tricked upon yoga many years ago as a healing tool to recover from a low-back injury. Thinking it would be a short-term gig, she tried it out and has been hooked ever since. “Yoga really can transform your body, and as it does, it can’t help but transform your beliefs and attitudes as well”.

Carol-Ann mostly teaches mixed-level vinyasa yoga, with breath-centered mindfulness, and modifications for each posture to accommodate a wide range of body types, fitness levels and physical ailments. She also enjoys teaching yin and restorative yoga. “The field of Yoga is so vast, just like art. Just because you don’t like a particular painting doesn’t mean you don’t like art. Keep seeking out different styles and teachers until you find a practice that feels FABULOUS in YOUR body.”

She has been regularly practicing for almost 25 years, and her practice has helped Carol-Ann to heal physically, emotionally and spiritually, and to become more compassionate and fearless, on and off the mat. She would love the opportunity to share the knowledge and kindness that has been graciously imparted to her along her journey. 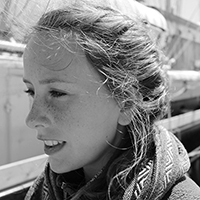 Sophie is a passionate yoga teacher who enjoys creating a space of love and encouragement where students can feel comfortable to reconnect and heal within themselves. She first found yoga at age 10 and has used it as a tool for mental and physical well being ever since. Sophie emphasizes the importance of coming to class and working with wherever you are in that moment. Yoga is not something that you can be good or bad at and it is in this way that Sophie encourages self-love and acceptance.  Sophie completed her 200-hour Yoga Teacher Training in Hatha yoga in June 2017 at the Vancouver School of Yoga. 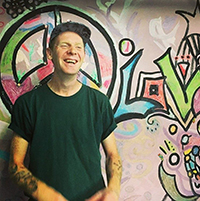 Timothy leads his classes from a place that encompasses both the light and dark aspects of yoga. He holds space for students to reconnect with their bodies on a deeper level than only the mechanical with a focus on looking inward for answers. A colourful, vibrant personality you will find that Tim redefines what students think a yoga class, a yoga student and a yoga teacher should be. He meets students where they are and encourages acceptance and love through each and every breath.

Tim has completed his RYT 200 Hour Teacher Training specializing in Vinyasa and Hatha yoga at Karma Teachers Studio in 2015. He has also studied Yin yoga, and completed a 40 hour Yin teacher training through Savior Yoga. Additionally, Tim has enhanced his practice with the 21hr Lead with Love Mentorship with Shannon Cluff.

Our goal is to help our clients continue practicing yoga independently, from the comfort of their home.

Iyengar yoga was developed by B.K.S. Iyengar in Pune, India. The Iyengar method gives special attention to the proper muscular and skeletal alignment in a posture. Yoga poses are typically held much longer than the other styles of yoga. Iyengar yoga also uses props, such as belts, chairs, blocks, and blankets in order to accommodate any special needs such as injuries or structural imbalances and also to get into poses with correct alignment.

Restorative Yoga popularized by Judith Lasater, who was an early disciple of B.K.S. Iyengar. This yoga has directly inspired from Iyengar’s teachings in most gentle healing form of Hatha yoga.  Practitioners practice yoga with the help of props such as bolsters, pillows and straps, in reclined positions, to provide a supportive environment for total relaxation. Restorative yoga is all about healing the mind and body through passive poses often held for as long as 20 minutes, so that the body can experience the benefits of a pose without having to exert any effort.

Sivananda style is an unhurried yoga practice based on the philosophy of Swami Sivananda of Rishikesh, India, who taught disciples to “serve, love, give, purify, meditate, realize.” Sivananda training focuses on preserving the health and wellness of the practitioner and revolves around frequent relaxation, and emphasizes full yogic breathing.

Integral yoga follows the teaching of Sri Swami Satchidananda in 1966. His yogic philosophy emphasized in “an easeful body, a peaceful mind, and a useful life.” His goal was to help people integrate yoga’s teachings into their everyday work and relationships. Integral Yoga uses classical Hatha postures, which are meant to be performed as a meditation, balancing physical effort and relaxation. In addition to a gentle asana practice, classes also incorporate guided relaxation, breathing practices, sound vibration (repetition of mantra or chant), and silent meditation.

Hatha is a very general term that includes most yoga styles. Hatha is a slow-paced and gentle introduction to the most basic yoga postures with some simple breathing exercises and meditation. Hatha class is a good place to learn basic poses, relaxation techniques, and become comfortable with yoga. This is an old system of yoga and now commonly refers to a class that is not so flowing. Hatha yoga also called hathavidya.

Ashtanga Yoga is the system of Yoga taught by Sri K. Pattabhi Jois at the Ashtanga Yoga Research Institute in Mysore, India. This vigorous method of Yoga involves synchronizing the breath with progressive series of postures-a process producing intense internal heat and a profuse, purifying sweat that detoxifies muscles and organs. The system is based on six series of asanas which increase in difficulty, allowing students to work at their own pace.

Yin yoga is a quiet and meditative yoga practice comes from the Taoist tradition and focuses on passive, seated postures that target the lengthening connective tissues in the hips, pelvis and lower spine. Poses are held for anywhere between one and 10 minutes. The aim is to increase flexibility and encourage a feeling of release and letting go.

Kundalini yoga is an ancient form of yoga introduced by Yogi Bhajan in 1969. The Kundalini is untapped energy (prana) at the base of the spine and Kundalini Yoga practitioners concentrate on awakening of this energy and drawing it upward through each of the seven chakras. The practice of Kundalini Yoga incorporates invigorate yoga postures, dynamic breathing techniques, chanting and meditation. Kundalini uses rapid, repetitive movements rather than poses held for a long time

Vinyasa is the Sanskrit word for “flow” and means breath synchronized movements. Vinyasa refers to the linking of the breath to movement.  This fluid, movement-intensive method of yoga postures was developed by Sri Tirumala Krishnamacharya. Vinyasa tends to be a more vigorous style based on the performance of a flowing series of poses called Sun Salutations that will move learners through the power of inhaling and exhaling without stopping to talk about the finer points of each pose. This technique is also called Vinyasa Flow, or just Flow because of the smooth way that the poses run together and become like a dance.

Viniyoga was designed by TKV Desikachar, who was son and student of T Krishnamacharya. Viniyoga is a highly individualized approach to yoga that tailors the practice to each student’s specific physical condition. This yoga style focused on the adapting asana, pranayama and other yoga practices (ritual, chanting, prayer) to the individual.

Anusara yoga developed by American yogi John Friend in 1997, Anusara is heart-oriented and is expressed from “inside out.” In Anusara, which means “to step into the current of divine will,” the source of the asana is seen as deep within each individual, rather than an attempt to control the body from the outside. Anusara emphasizes the spiritual purpose of Hatha yoga, which reconnects practitioners with their innate goodness. Classes, which are specifically sequenced by the teacher to explore one of Friend’s Universal Principles of Alignment, are rigorous for the body and the mind.

Power yoga is one of the most athletic forms of yoga, based on the sequence of poses in Ashtanga yoga. The difference is that Power yoga doesn’t stick to the same sequence of poses each time like Ashtanga does. Power Yoga is a rigorous workout that develops strength, flexibility and balance while keeping students on flow from one pose to another. Power class style varies depending on the teacher. 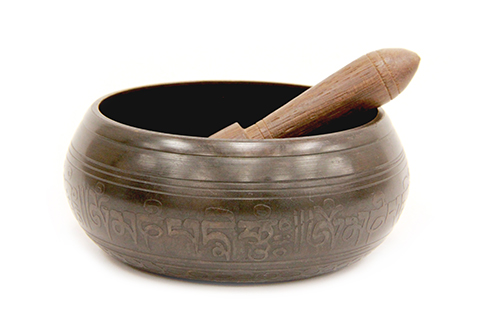